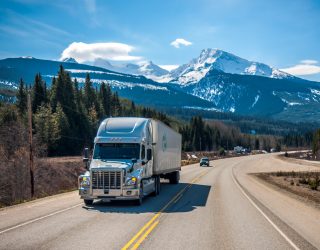 Being a truck driver is far from simple. But it’s made even harder when the rumour mill is in overdrive and people start believing the myths they hear about the profession.

Here are five myths about the trucking industry we all wish would go away.

1 Driving a truck is easy

How many times have we all heard this one? Driving a truck is rewarding, yes, but I don’t know if anyone who has ever driven a truck over a period of time has ever described it as ‘easy’. Where to start? There’s the hours spent inside the cab, navigating through bad weather, and the endless traffic jams. Let’s not forget the time spent away from friends and family, the working conditions and the terrible pay. And there’s more… The stress of meeting deadlines, the skill of driving such a big vehicle and all the (often unnecessary) red tape involved in moving the world’s goods from one place to the next.

Many people say all sorts of things about truckers; most of them should be taken with a large pinch of salt. The idea that truckers are irresponsible couldn’t be further from the truth. Of course, there will always be some people who give the industry a bad name, but they are the minority. Truck drivers undergo a serious amount of training and their precision of driving is hard to achieve. People are quick to blame a big rig after an accident has occurred, but research shows that is an unfair assumption.

3 Only blokes are truckers

Wrong. To be a trucker you need to be confident behind the wheel, complete the training and show commitment. Women are just as capable of that as men. Women are certainly in the minority in the industry, but companies are doing more to attract women into the job.

There are plenty of people around who would argue that truck drivers aren’t cultured. I can’t help but wonder how many actual truckers these people know. Anyway, this is clearly a myth. Truck drivers are some of the most well-travelled individuals you will meet. While on the road they see a lot of sights, meet lots of people, and become pretty well-cultured as a result. What’s more, they are also often good people. Truckers tend to be the first to stop when they see a collision or a motorist in trouble.

Screw you and your myths.