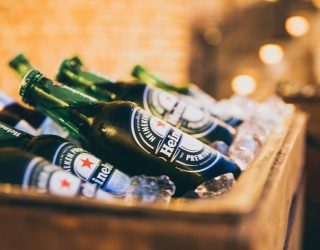 A German truck driver spilt 10,000 bottles of beer while driving in the southwest of the country. In doing so, he not only created a roadblock and a major clean-up operation, but also wasted a hell of a lot of beer.

This is not the only weird truck spill happened on the road.

According to German police, the 53-year-old driver was approaching a roundabout near Leutershausen, Bavaria with 1,280 boxes of beer in his trailer.

All was well, until he started driving round the roundabout and 40% of his cargo slipped off his truck and onto the road. It has been estimated that he lost 12,000 euros worth of cargo.

The salvage operation involved volunteer firefighters and a local civil defence team; a total of 29 workers were required to clear the road.

The driver is being investigated by police for failing to secure his cargo sufficiently.