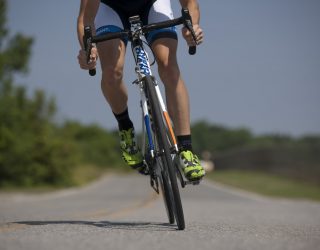 The relationship between HGV drivers and cyclists on the road perhaps isn’t as healthy as it should be. There’s a general feeling among cyclists that drivers don’t always treat them with due care and attention, while drivers often believe cyclists are unaccountable for their actions.

But, things look set to change – as far as the law is concerned anyway.

The Department for Transport has launched a 12-week consultation looking at whether new offences should be introduced for dangerous cyclists.

The proposed measures are part of plans to bring road safety legislation up-to-date to protect pedestrians. But many will see it as a first sign of the government addressing behaviour from cyclists that puts other road users at risk.

Matt Briggs, whose wife Kim was killed by a cyclist in 2016, said: “I welcome the government’s proposals for new legislation around causing death and serious injury by dangerous and careless cycling. This public consultation is an important step towards updating the arcane laws that are currently being used to prosecute cycling offences.”

In addition, the Department for Transport has announced further measures, including a review of the Highway Code to make it clearer to motorists how to safely pass cyclists.

What do you make of the new proposals? Will they go some way to patching up the relationship between cyclists and drivers?