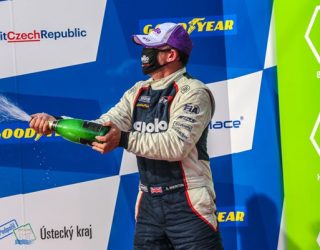 The 2021 FIA European Truck Racing Championship heads to Italy and the Misano Circuit for the final round of this season’s championship on the 16th and 17th October 2021.

The Apollo Tyres Tor Truck Racing Team, with a 34 point lead going into the final round of the series, will be hoping to take the laurels in the FIA ETRC Promoter’s Championship for Chrome Category Drivers, the ‘Goodyear Cup.

Their nearest, and only, challenger to the title is Buggyra Racing’s Teo Calvet but having recently secured the 2021 French Truck Racing driver’s title, the young Frenchman will be giving everything on a track he is visiting for the first time.

Calvet has an impressive record going into the weekend’s final sequence of four races, of his last fourteen starts he has recorded nine wins and four second-place finishes, his only blip being the first race at Jarama when an ECU failure denied him a finish and handed a class win to the Apollo Tyres Tor Truck Racing Team driver Shane Brereton.

With 60 points on offer, Brereton knows the task in hand that would allow him to take his second Chrome title following his 2018 Grammar Cup success.

‘This has been a tough season and it is not over yet, Teo has improved throughout the campaign and will be eager to turn this points deficit around’, commented the Apollo Tyres Tor Truck Racing Team pilot.

‘As a team, we know what we have to do, we have the same approach to each round, we want to be competitive, we want to race fairly and the aim is to secure as many points as we can from each race’, added Brereton.

‘Misano is a lovely circuit, it is fitting that it is the last round of the Championship this year and that the major titles will be decided this weekend for both the main Championship and the Promoter’s Championship’.

‘We didn’t perform as well as we had hoped at Jarama, but we have a chance this weekend to make it right and give the fans a spectacle that they will enjoy. Yes, if you consider the points advantage, we are the favourites for the Promoter’s title but one mistake could throw all the hard work away.’

Steffen Faas and Jamie Anderson are separated by only six points in the battle for third place.

Going to Misano it is the Hungarian driver Norbert Kiss who leads the way in the Championship on 228 points, 46 clear of his nearest challenger Sasha Lenz with Adam Lacko a further 3 points back in third place. These three drivers have all tasted glory on the top step of the podium at Misano, Lacko leading the way recording six wins since 2016 with Lenz and Champion-elect Kiss both securing one victory each as the battle to be crowned FIA ETRC Champion comes down to the final round of the season.