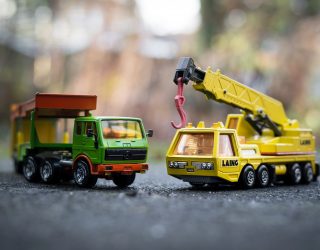 Think you know everything about trucking? If you’re a truck driver you probably do, but there’s always more to learn.

We’ve put together five facts about the European trucking industry that you may (or may not) know. Be warned: there are a lot of stats…

The numbers say it all. Let’s hope that greatness continues, whatever the future of trucking may bring.

Do you know any more great facts about trucking? Let us know in the comments!