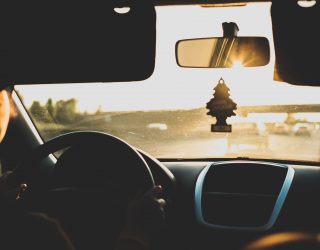 As someone who drives a vehicle for a living, you’ll know how often road legislation can change. Here’s a reminder of what changes we can expect throughout 2020.

A number of countries around Europe have introduced low emission zones in towns and cities, including Germany, Italy, Denmark, Czech Republic, France, and Portugal. In April last year, central London’s Ultra Low Emission Zone came into force – with more cities expected to follow. Keep an eye on which cities do not allow high-polluting vehicles as the scheme is expected to be adopted in new areas in 2020.

Intelligent speed assist is a feature that will become compulsory in new cars from 2022, with the goal of increasing road safety and reducing collisions. The system involves cameras that recognise road signs, placing limits on an engine’s power to prevent speeding. Other road safety systems that could soon also become mandatory include warnings for driver distraction and drowsiness, cameras and sensors for reversing, advanced emergency braking, lane-keeping assistance and black box data recorders. Whatever keeps the roads safer gets the thumbs up from me.

For many years, the law stated that drivers could only drive on the motorway once they had passed their test. Now, learner drivers in the UK are allowed on the motorway during lessons as long as they are accompanied by an instructor with dual controls in the car. If you’ve ever driven on UK motorways, you’ll understand that this change in law is long overdue as some drivers seem virtually clueless about how to get from one junction to the next.

Are there any changes to driving laws that you think we should see in 2020?