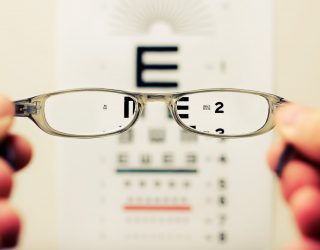 A staggering 3,253 bus and HGV drivers have lost their licences since 2016 because they were stopped by the police and then failed the required eyesight standards for driving.

The findings come from a Freedom of Information request made by Select Car Leasing to DVLA.

They found that the number of group 2 drivers, that’s those who are in charge of buses and lorries, have had their driving licences refused or revoked because they have not met the minimum vision standards needed to drive.

The test means there’s a higher standard of eyesight necessary from bus and lorry drivers, rather than for those who are driving motorcycles and cars.

The DVLA says that the number of bus and HGV drivers having their driving licences refused or revoked were:

Graham Conway, Select Car Leasing’s general manager, said: “Eyesight is clearly an important part of being able to drive and it needs to be taken seriously.

“At the start of each practical driving test every learner needs to be able to correctly read a number plate on a parked vehicle.

“After that, it’s the responsibility of each driver to have regular eye tests and inform the DVLA of problems.”

He added: “Problems with eyesight can not only put you at risk but also put other motorists, passengers and pedestrians in danger.”

HGV drivers have had their driving licences revoked

Since 2013, the police have had extra powers to stop drivers if they feel they are risking other road users.

And if the police officer feels that the safety of road users will be endangered should a driver they have stopped will remain on the road, they can request that the driving license be revoked urgently.

There are three levels under the new system to revoke a driving licence and they are:

HGV driver banned from the roads

However, should an HGV driver be banned from the roads but continue to drive they will be committing a criminal offence and their vehicle may be seized and they may be arrested.

But lots of drivers do not disclose the information because they fear losing their licence and being taken off the road for good.