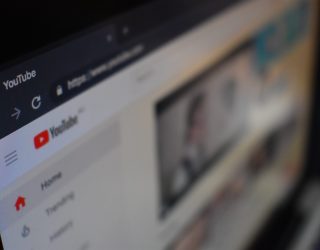 As a trucker, perhaps the best place to start is with a fellow truck driver or three. An increasing number of truck drivers are taking to the platform to document their travels and share their day-to-day dealings on the road.

At a time when the driver shortage is such an issue, could YouTube provide a much-needed link to a wider audience and get some more bums on (drivers) seats?

Here are a few trucking YouTubers to watch in 2019.

Luke C in a HGV

With more than 30,000 subscribers, Luke’s not doing too badly. He prefers to share longer videos that take his audience along for the ride. From a round of city drops to having the military search his truck, Luke offers handy tips on driving and locations in the UK where he’s based.

Check out Luke’s YouTube channel and see for yourself.

William is a truck driver who drives from Holland to Norway and back almost every week. His YouTube channel aims to give his viewers a glimpse of life on the road and to explain some of the complexities of the industry.

Find out what William has to say on his YouTube channel.

Nic and Carla stand out in the trucking for a number of reasons – their race, gender, sexuality and relationship. This queer truck driving couple are married and have created a popular YouTube channel about their life on the road. They have more than 25,000 subscribers and chat about the dangers that come with a life in trucking as women.

Head to Nic and Carla’s YouTube channel and hit the road with them.

Trucker J in the UK

He describes himself as a ‘noob-trucker’ and offers advice to other new and wannabe drivers – showing them what to expect from inside the industry, He explains his channel is not meant to be a guide, but just shows how he does things. He already has more than 30,000 subscribers, so he must be doing something right.

Find out what Trucker Jay’s YouTube channel is all about.

Have you got a go-to trucking YouTube channel? Let us know…