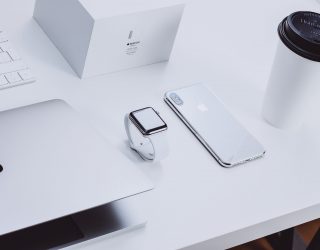 Apple products worth a total of £5 million were stolen from an HGV in the UK. The lorry was targeted on a slip road to the M1 motorway in Northamptonshire. The thieves made off with the cargo after tying up the driver and a security guard. Items stolen included iPhone 11s, AirPods and Apple Watches.

Leaving the driver and security guard behind at the side of the road, the thieves then drove the lorry to a nearby industrial estate, where they transferred the trailer to an awaiting truck.

The truck was later found in Leicestershire, where it is believed 48 pallets of Apple products were loaded into a third vehicle.

This incident is one of a growing number of truck cargo thefts taking place in Europe – the UK, in particular.

According to data from TAPA (Technology Asset Protections Association), there were more reports of truckload thefts in Europe in the first half of 2020 compared to the same period the previous year. Most of the thefts were recorded during March and April (the peak of the Covid-19 pandemic).

The biggest truckload loss took place in March 2020 when thieves made away with £8 million worth of computers and laptops from a service station in Warwickshire.

Speaking about the findings, Thorsten Neumann, president and CEO of TAPA, explained that criminals were more meticulous than usual during the pandemic, choosing goods that were most popular on the black market.

Neumann stated: “It clearly takes more than a global pandemic to stop the activities of organised crime groups.”

We know that trucks are on the frontline of cargo crime, with the high level of thefts being attributed to the lack of secure parking for truck drivers.

With trucks being seen as easy targets, isn’t it time we did more to prevent truck cargo theft?