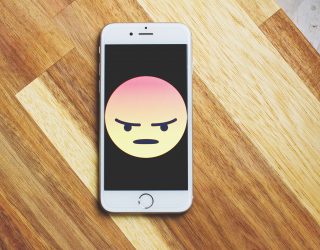 Jeez. What is it with drivers?

I don’t claim to be the best driver in the world, and having worked as a professional driver I might be at an advantage. But why are there so many eejits on the road?

I’ve passed my driving test. I’ve passed a few of them and at no stage did I come across a rule that said it was a good idea to drive really close to other vehicles or to drive at erratic speeds.

You know the kinds of drivers I mean. We’ve all seen them on the road at some point. The only problem is I think the offending drivers don’t even realise what they’re doing.

Some drivers just can’t seem to make up their minds about what speed to go. And I’m not talking about drivers who slow down because they’re not sure where they’re going (we’ve all been there). I’m talking about the drivers who have speed issues on the open road. Driving along motorways and A-roads can feel like a continual game of overtaking and being overtaken – by the same vehicle. Find a speed you’re happy with and stick with it.

Bad – no, scrap that – terrible parking

Manoeuvring into spaces is definitely part of the driving test process, so why are so many drivers so bad at it? Failing to get anywhere near to the kerb, carrying out a 50-point turn in order to pull into a space, or ignoring the lines on the ground that show where one space starts and the other ends – I could go on. All it takes is practice. Not long after I passed my first driving test I worked somewhere where the only parking was along a dual carriageway. When you’re parallel parking under pressure you master it pretty quickly!

Motorists who drift along the middle lane of motorways aren’t just lazy drivers, they’re dangerous ones. Anyone approaching them in the slow lane have two choices – they can undertake or they can pull over to the fast lane, overtake and then swing back to where they started.

‘Forgetting’ to indicate: another bugbear of mine (as you will see from a previous rant). [link to previous Have people forgotten how to use their indicators? article] It takes virtually no effort to use an indicator, yet loads of people choose not to indicate when driving round roundabouts, at traffic lights, and on motorways. Either they forget or can’t be bothered – either way, it’s unacceptable.

Tailgating the driver ahead of you has got to be one of the most dangerous things you can do behind the wheel of a vehicle. And the faster they go, the more dangerous it is. I’m not going to go on. I’m furious just thinking about it…

What other gripes would you add to the list?