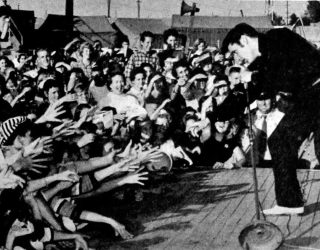 Who knew the link between trucking and Hollywood was so strong? There are loads of famous people who have driven trucks for a living. Here’s our top five.

Charles Bronson (the actor, not the criminal!)
More famous for riding horses, Bronson once drove trucks for a living. I’m not sure when exactly, let’s just say it was some time after his service in WW2 and before he found his way to Western superstardom.

James Cameron
When he dropped out of university, James Cameron drove a lorry. He wrote scripts at the same time and in 1977 quit his job, bought a video camera and filmed a 10 minute sci-fi film. Since then his film budgets have got considerably bigger.

Sean Connery
The original Bond, Sean Connery is a man of many talents. He’s served in the Navy, worked as a lifeguard, polished coffins, been a labourer, an artist’s model, and a stage assistant. And he’s driven a truck, too. I’d expect nothing less from 007.

Liam Neeson
One time driver for Guinness (he is Irish, after all), Neeson quit the trucking industry to join a theatre company. It’s fair to say he’s probably never looked back.

Elvis Presley
Rumour has it that Presley was once told in an audition: “Stick to truck driving, you’ll never make it as a singer.” Apparently he was a pretty good trucker, but an even better singer.

There’s nothing wrong with being a trucker for life, but if you fancy exploring your hidden talents, you won’t be the first…

What other famous truckers do you know about?