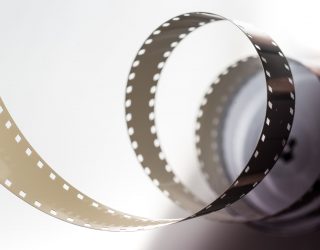 Remember the time when truckers were true mavericks? The modern-day cowboys of our roads? No, neither do I. That’s the stuff of fiction, but I love the idea of it. Which is probably why I’ve always been partial to a good trucking movie. You know, the kind of films that stick two fingers up at professionalism.

So, get the popcorn ready, put your feet up and enjoy the show. Spoiler alert, there’s a theme: when truckers fight back.

A vigilante trucker chases down a businessman who attempts to overtake him on a lonely stretch of highway. You never get to see the truck driver, which adds to the intensity. It’s also Steven Spielberg’s full-length film directing debut.

A young man borrows money to buy a truck and become a long-haul driver. However, when he realises the people he’s in business with want him to smuggle goods for them, he starts fighting corruption trucker-style.

Angry about being harassed by a corrupt, abusive sheriff, truckers unite via CB radio to form a long convoy. By the time the film was released, the hype surrounding CB radio had begun to fade, but that doesn’t make it any less of a cult classic.

Two truck drivers fight off a group of thugs who’ve been hired to drive them out of business. Dismissed by critics at the time, it contains some pretty slick action scenes. And it’s been described as ‘a modern-day western, with trucks instead of horses.’ What’s not to love?

To make this documentary, truckers were approached in truck stops for interviews. If they agreed, the director and cameraman rode in the trucker’s cab with the crew following behind in an RV. A fascinating glimpse into the modern-day trucking industry.

What other films would you add to the list?