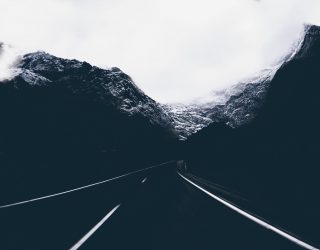 When you drive for a living, routes can seem endlessly repetitive. That’s not great, but it’s a damn sight better than being faced with miles of dangerous roads.

We’ve put together a list (in no particular order) of some of the most adrenaline-charged roads in Europe. And believe me, even the most skilled drivers wouldn’t relish driving these routes in any vehicle.

Stelvio Pass, Italy
If you’re heading into the Italian Alps, there are easier routes to take than the Stelvio Pass. With 48 sharp turns and 9,000 feet of uphill winding road, there’s nothing but a low concrete barrier between you and an extremely steep drop. Don’t let the stunning Alpine views distract you…

Atlantic Road, Norway
When the weather is good, Norway’s Atlantic Road is one of the most picturesque roads in the world. However, when the weather gets bad, you won’t be focusing on the scenery. With curves in the road that can appear to simply stop, strong wind and high waves make this a truly treacherous route.

Coastal roads, Croatia
The roads that run along Croatia’s coastline are renowned for their narrow two-way roads. With nothing resembling any shoulder or safety barriers, the blind corners and sharp turns take you round the cliff edge. Not for the faint-hearted.

Furka Pass, Switzerland
The car chase in James Bond’s Goldfinger featured an Aston Martin DB5, a Ford Mustang and the Swiss Furka Pass. When it’s not being used as a film set, this steep, winding road makes for some tough driving. Located nearly 8,000 feet above sea level and with multiple hairpin bends, the road is closed in winter to avoid drivers having to deal with the difficult terrain.

A post shared by travelpics?travelerdiary (@traveleroninsta) on Sep 25, 2018 at 8:36pm PDT

The Cat & Fiddle, UK
The Cat & Fiddle (also known as The Widow Maker or as the less-catchy A537) has been declared Britain’s most dangerous road. Surrounded by the breath-taking scenery of England’s Peak district, the sharp bends make it as fatal as it is stunning.

If you could choose any car or motorcycle for this road. What would be your pick? #mercedesbenz #audi #bmw #porsche #lexus #ferrari #astonmartin

Dreaming the open Road. An inspiring shot by @spathumpa

Pasubio, Italy
It might be famed for its incredible views, but you want to keep your eyes ahead when driving Italy’s Pasubio. After a certain point, vehicle access is restricted, but that hasn’t stopped people riding their bikes over the edge.

So, that’s what Europe has to offer, but if you’re looking for the most dangerous road in the world, you’ll need to look further afield.

North Yungas Highway in Bolivia is a single-lane dirt track that clings to the rock face on the 11,000 feet descent from the Andes to the Amazon rainforest. It’s been nicknamed Bolivia’s ‘Death Road’ for good reason: every year, around 300 drivers and cyclists using the road plummet to their deaths. If you ever find yourself on the North Yungas Highway, keep your eyes on the road.

Are there any other roads you’ve driven that are worthy of a place on the list?