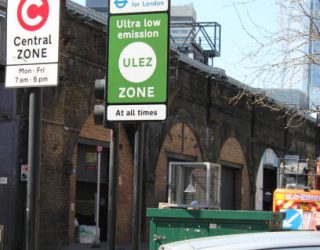 Most drivers in the UK will know about London’s congestion charge. It’s been in place since 2003 and requires drivers to pay a daily fee to travel within central London. Yet still, some drivers get caught out.

We’ve put together this comprehensive guide on everything you need to know about the Transport for London (TfL) congestion charge. When it applies, who it applies to, and what happens if you get hit with a penalty. But before we get into the details, let’s start with the basics…

Related read: How to pay the Dart Charge

What is the TfL congestion charge?

The congestion charge is a fee you need to pay to drive in central London at certain times of the day. It was designed to reduce the amount of traffic on the roads and bring down air pollution levels in the city.

The idea is that people will think twice about using their cars if they have to pay to do so. The TfL congestion charge area spans from Kings Cross to Vauxhall, and Paddington to Whitechapel as shown in the map below. 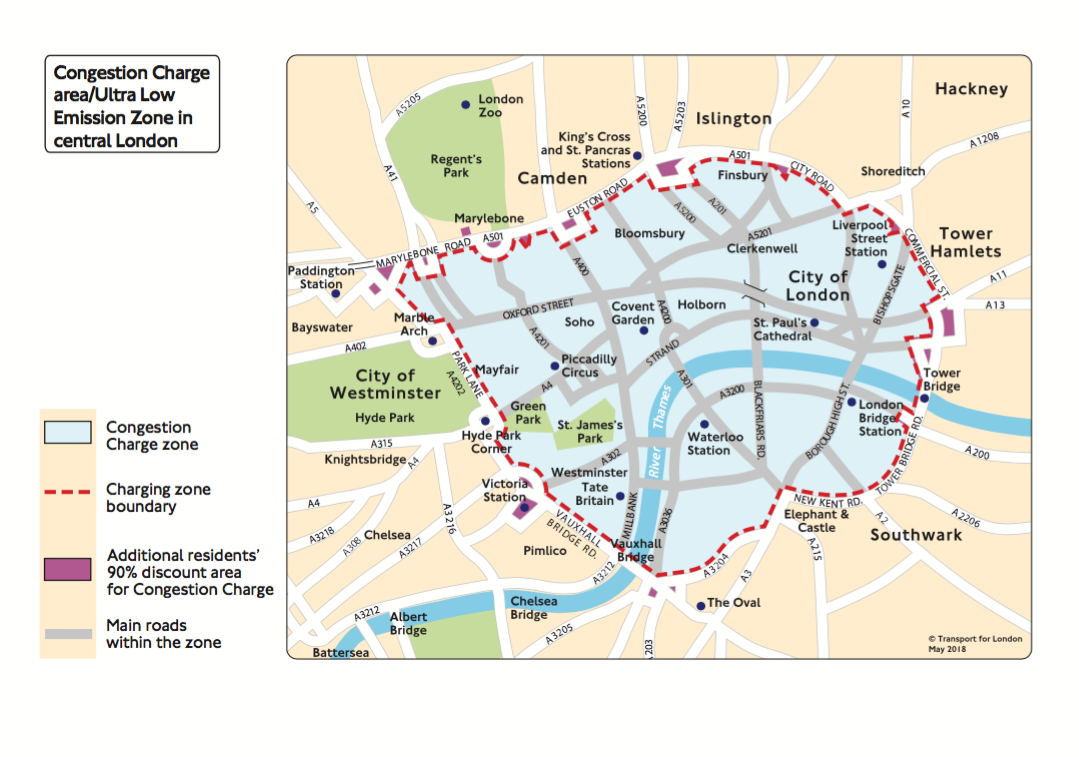 A map showing the TfL congestion charge areas, from Kings Cross to Vauxhall, and Paddington to Whitechapel. Image Courtesy: TFL

How much is the TfL congestion charge?

The congestion charge costs £15 every day you enter the zone. Congestion charge times operate between 7 am and 10 pm. In response to the coronavirus pandemic, the charge was increased from £11.50 to £15 in June last year. This price increase is only temporary and was prompted by declining passenger numbers and as a way to inject cash into the struggling TfL network.

Who pays the TfL congestion charge?

Cars that emit 76g/km of CO2 or more have to pay the TfL congestion charge if they enter the designated zone between 7 am and 10 pm, seven days a week. This includes the vast majority of vehicles on our roads, including most cars, vans, and HGVs. Anyone driving a vehicle not registered in the UK is also required to pay the charge.

Currently, only Euro 6 cars with CO2 emissions of 75g/km or less and a zero-emission range of at least 20km are allowed to enter the congestion charge zone without paying. If you own an electric car or plug-in hybrid that is exempt from the congestion charge, you need to register it with TfL before entering the zone. If not, you will be fined.

Are there any congestion charge exceptions or discounts?

People who live within the congestion charge zone get a 90% discount on the charge. To qualify for this reduction you need to prove you are a registered resident.

There are also a number of congestion charge exemptions. These include:

–        Disabled drivers with a Blue Badge. Drivers must register as disabled with TfL and pay a £10 registration fee before entering the zone. Disabled drivers who are exempt from road tax do not need to register.

–        Motorcyclists, moped riders and cyclists are exempt from paying the congestion charge

–        Drivers of vehicles with more than nine seats are exempt

–        Electric car drivers (and any other zero-emission vehicles) are also exempt. The rules will change in October 2021, meaning plug-in hybrid electric vehicles will no longer be exempt. From December 2025, drivers of fully electric cars will also be required to pay.

How do you pay the TfL congestion charge?

There are different TfL congestion charge payment methods. If you regularly travel into the central London charging zone, the easiest way to pay is through an Auto Pay account. You will have to pay a one-off £10 registration fee, but once registered you will receive a £1 discount on the daily charge.

What happens if I don’t pay the congestion charge?

If you fail to pay the TfL congestion charge by midnight on the day of travel, you will receive a Penalty Charge Notice (PCN). This fine is £130, but if you pay it within 14 days it is reduced to £65. You also have the option of challenging the PCN, but you must do so within 28 days of the issue.

The Ultra-Low Emission Zone (ULEZ) covers the same area as the congestion charge. If you drive in the zone you will need to pay the congestion charge – even if your vehicle meets the ULEZ emissions standards or you have already paid those daily charges. The ULEZ charge for larger vehicles (lorries, buses and coaches) is £100 and for smaller vehicles (cars, small vans and motorbikes) is £12.50.

What if I drive a heavy vehicle?

As well as the ULEZ, the Low Emission Zone (LEZ) operates across most of Greater London. Since March 2021, heavier vehicles are subject to tougher LEZ standards, meaning many larger vehicles no longer meet the standards. Drivers of lorries of 12 tonnes or more also need to hold an HGV safety permit to prove they meet the Direct Vision standard if they operate in the Greater London area.