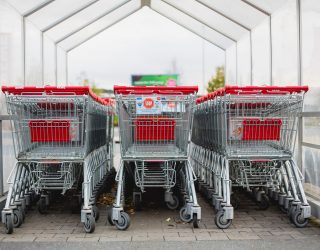 The latest report from logistics market research company Ti shows that Europe’s road freight
sector saw its fastest growth rate of 4.5% in real terms since 2009. Figures published in the
European Road Freight Transport report also show that this momentum looks set to
continue.
Europe, like so many other regions around the globe, is heavily reliant on trucking, so it’s
hard to imagine the effects if truck drivers were to suddenly stop driving.
You can get some idea from events in Brazil. When Brazilian truckers went on strike for a
week, it paralysed the country. Sao Paulo, Brazil’s largest city and financial hub, declared a
state of emergency, and public transport ground to a standstill as petrol stations ran out of
fuel.
Brazil’s President gave in to striking truckers’ demands after one week and the country went
through incredible hardship over those seven days.
A new study by the American Trucking Associations highlights what would happen if truckers
stopped trucking. The findings are something every country should take note of…
Within the first day, basic medical supplies such as syringes and catheters could start
running out, while some medication for cancer patients would expire.
Petrol stations and food shops would start to run low, making consumer panic almost
inevitable and civil unrest likely.
Further up the supply chain, we would see delays in manufacturing, meaning computer and
car manufacturers would struggle. With component parts being delivered almost hourly, it
wouldn’t take long before companies started losing money and workers started losing their
jobs.
Oh, and don’t expect to receive any mail or deliveries either.
After two or three days, consumer panic would escalate and cash machines would run out of
money. Meanwhile, no rubbish collections would make for messy towns and cities.
If truck drivers stopped working for more than a week, we’d see an even more serious
situation emerge. By this stage, most people and companies would have run out of fuel and
most forms of transport would be out of action – including aeroplanes.
With many people relying on cars and vans to get to work, economic damage is
unavoidable. At the same time, with no access to food, cash, doctors and other daily needs,
things would feel pretty dire.

Most worryingly, it wouldn’t take long for clean water supplies to start running dry. Truck
drivers deliver purification chemicals to water supply plants on a weekly or fortnightly basis.
Without these chemicals, water could not be made safe for drinking.
Of course, these scenarios are hypothetical. But with the issue of Brexit still looming over the
UK and the ‘gilets jaunes’ movement spreading to France’s truckers, the possibility of delays
or strike action in the trucking industry never feels too far away.