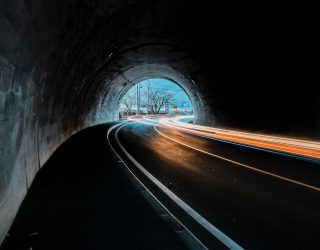 In June this year, I read about a 41-foot footbridge being driven through a tunnel in the UK.

The footbridge, which was the length of nearly five double decker buses, was manoeuvred through the Dartford tunnel in a carefully planned operation. So well planned, in fact, that the traffic had to be stopped for just three minutes.

The footbridge was the longest load ever to go through the tunnel and made for a pretty impressive sight. But it got me wondering about the largest things to be moved by road.

Here’s what I discovered:

2 Power station transformer, UK: Weighing 640 tonnes, the transformer was loaded on a truck and driven at speeds of 4mph, causing a 13-mile tailback behind it.

3 Endeavour, USA: When the retired space shuttle was moved by road to the California Science Centre it spanned six lanes. Thousands turned out to watch its 12 mile journey.

Not all heavy load moves go smoothly. Check out these extreme loading fails.