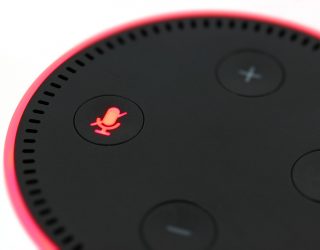 The idea of having a voice assistant at home was snuffed at by many only five years ago. Now, it’s commonplace to shout out to Alexa, Siri or Cortana to change the TV, turn on the kettle or adjust the lighting. The next logical home for this technology is the motor vehicle.

But will it eliminate distractions and allow truckers to concentrate on the road or merely add to them?

That’s the challenge for manufacturers as they set about transporting the technology onto the road. The other is getting truckers to buy into having a voice assistant for company in the cab.

Naturally, car manufactures are the first to move. Infiniti, the luxury vehicle division of Japanese automaker Nissan, just introduced Idris, their new artificial intelligence-led virtual assistant, built to answer any questions drivers might have about their controls.

Idris, a chatbot, communicates via text message, and learns with experience, to provide an enhanced level of customer support, Infiniti said in a statement.

Hyundai and Kia are expected to be the next manufactures to ship vehicles with an AI-powered voice assistant, with their next-generation cars anticipated to be on forecourts as early as 2019.

Hyundai and Kia are reported to have approached SoundHound to develop the AI assistant. SoundHound has built its own voice assistant, called Hound, which will form part of the basis for the ‘Intelligence Personal Agent’.

The agent will tap into calendars, mapping platforms, and other services to both respond to and anticipate users’ needs. It could even suggest the best time to depart from the depot, based on traffic conditions.

Nissan, BMW, Toyota and MINI, meanwhile, are working with Amazon to incorporate the Alexa voice assistant into their vehicles.

Toyota’s in-car voice assistant could be as smart as to allow drivers control connected smart home devices, as well as provide directions and get traffic updates.

No worries about being misheard

The one thing, however, that puts people off the technology is being misheard or misunderstood. On the road, that could be frustrating at best, dangerous at worst. What if the voice assistant inaccurately interprets a call for directions, will that cause drivers to take one hand off the wheel and reach for the manual controls?

Germany electronics company Bosch insists the technology will have no problem understanding a number of different accents and dialects.

“Say what you want, the way you want to say it, Bosch puts a voice assistant in the car who understands the driver just like another person would,” says Bosch.

Bosch is confident its voice recognition system understands natural sentence structures and can handle accents and dialects from more than 30 countries of the world.

“The talented linguist Casey speaks a British, American, New Zealand, or Australian dialect, after more than a decade of work has been invested in the development of the voice control,” the company added.

Coming to a truck near you…

Truck manufacturers will be next with their voice assistants. But, the technology could be a trickier sell to truckers, who have no interest or need for an assistant. Or could you get used to having somebody to talk to as you travel across the country?