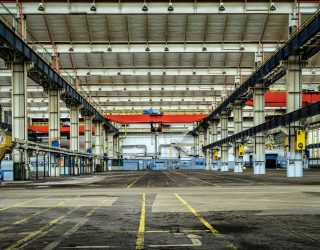 I don’t know about you, but I have a love-hate relationship with Amazon. I love how convenient it makes something as mundane as shopping, but I hate its attitude to corporation tax, for example.

Whatever your thoughts on the company, there’s no denying its achievements. Some estimates put the number of transactions conducted by Amazon at three million every single day. So, when the worst-kept secret in trucking finally came out, it raised an eyebrow or two. Amazon is extending its reach into transportation and logistics.

Last year, Amazon launched Relay – an app that allows drivers to check-in at Amazon warehouses via a QR code rather than showing a badge or paperwork.

Amazon Flex, described as a pizza-delivery-meets-Uber shipping service, is hoping to attract drivers with its ‘Be your own boss: make great money, delivering when you want’ tagline.

Earlier this year, Amazon finally confirmed its plans for a delivery option when it launched the service in Los Angeles.

And more recently, the chief executives of DHL and Maersk have expressed concerns about Amazon, admitting the company could become a competitor in the logistics arena.

It’s no surprise Amazon wants a slice of the transportation pie. Controlling the entire supply chain would improve its flexibility, increase its access to data, and improve its efficiency processes. And I have a bad feeling it might get exactly what it wants.

What’s your take on Amazon’s foray into trucking?