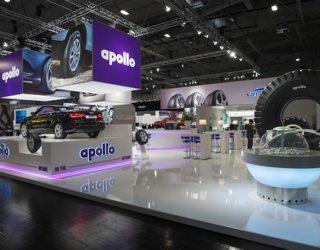 A new Apollo Tyres’ Hungarian plant has been up and running, with production of Apollo branded truck tyres underway.

The Hungarian facility, set up with a total investment of €475 million, started rolling out passenger car tyres in April last year. The first batch of truck tyres, Apollo Endurace RT HD tyres 385/65R22.5, have been delivered in September to Piessens and Zonen from Londerzeel in Belgium, a company specialising in transporting construction materials.

The production unit is in the Gyongyoshalasz region of Hungary and is Apollo’s second facility in Europe, and sixth worldwide.

By next year, the facility will have capacity to produce 1,200 truck tyres and 14,000 car tyres each day.