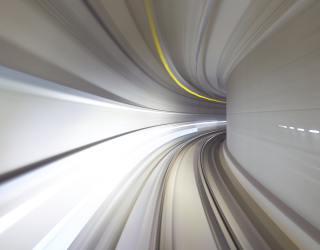 At the end of last year, McKinsey painted a pretty rosy picture of autonomous trucking.

The report set out the consulting firm’s forecast for the future of autonomous truck development, and its cost implications.

It predicted that ‘full autonomy’ will be reached at some point after 2027. As far as timelines go, experts agree it’s neither too aggressive nor too conservative. Whether it’s accurate remains to be seen.

Meanwhile, other parts of the report have been called into question.

An article on Freightwaves argues that some sections could have benefitted from a bit more research. According to McKinsey, the third phase of autonomous trucking (which requires a driver for pick-up and drop-off) will happen between 2025 and 2027.

However, the article raises the point that Starsky Robotics is already operating first- and final-mile trucking remotely. It argues that remote command and control is likely to replace drivers in difficult driving situations before trucks become completely driverless.

McKinsey’s analysis also suggests the technology could generate savings of 45%. However, the article predicts a rapid consolidation of the market. It argues that the fundamentals of the trucking market will remain largely unchanged.

This is a capital-intensive, low-margin industry – and whatever tech is thrown at it, it’s likely to remain this way.