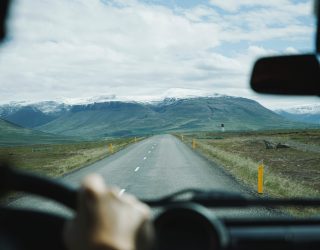 When was the last time you saw a fellow driver doing something really stupid behind the wheel?

Bad truck drivers are a reality on our roads. There’s not that many of them, but it only takes one bad driver to create a whole lot of chaos. The consequences don’t bear thinking about.

But rather than grumbling that bad drivers give the rest of us a bad name (even though they really do), we need to be part of the solution. The best way to do this is to keep a lookout for any reckless, dangerous behaviour.

Distracted driving is the bane of many of our lives. Truck drivers who think it is OK to even hold their phones while driving are in the wrong. Any driver seen holding, scrolling, texting, reaching, or dialling a phone faces heavy fines – and for good reason.

I guess, some might argue that the speed restricting function on trucks makes for a slower and less interesting ride. I’d say that every driver is responsible for their own actions – and they should have to face the consequences.

I’d also say it’s yet another example of how advanced technology (driverless trucks as a case in point) will eventually screw us all over.

Another example of bad truck driving is going too fast. I’m not talking about going too fast on motorways – speed-limiting technology helps with that. I mean trucks that are driving too fast for the current road conditions, traffic congestion or area.

In one way, trucking companies may be getting what they paid for. With wages nothing to shout about, companies are going to struggle to attract top professional driving talent. The driver shortage is another issue, forcing fleets to be less selective about who they hire.

But nothing can excuse bad driving.

The sad truth is that people don’t tend to remember all the good truck drivers they see on the roads every day. But they will always remember that one reckless trucker who was putting other road users at risk.

So, that just leaves the question: what to do about these bad drivers?

The best course of action is to report dangerous drivers and remind ourselves that the majority of truck drivers out there are superb drivers and doing an amazing job.

What do you do when you see a bad driver behind the wheel?