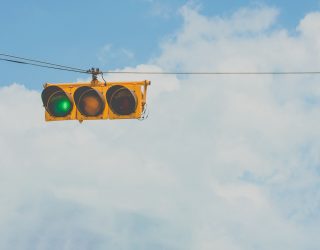 Continental’s vice president commercial vehicle products and systems, Dr Georg Fassler said: “It cuts the need for drivers, who in any event may not want to drive long distances anymore.”

The companies are currently trialling prototypes of these trucks in Germany.

Fassler explains that the technology allows trucks to enter and exit motorways, change lanes and overtake other vehicles.

He added: “The next steps will involve manoeuvring in confined areas – inside transport depots, for example – and tackling distribution-hub-to-distribution-hub runs.”

After that, it’ll be onto using level 4 tech in busier urban areas.

A truck with this level of sophistication uses a combination of cameras, radar, and light detection and ranging (LiDAR) scanners to create a 360-degree view of its surroundings.

As Fassler points out, there’s more to it that “putting a few sensors on a truck.” He also talked about the trailer’s ability to ‘see’ what’s behind it, getting messages transmitted quickly, the level of on-board computing power, and in-service reliability.

We won’t see widespread adoption of level 4 autonomous vehicles any time soon. In the UK, industry experts have suggested that may not come until the end of the next decade.

Until then, Fassler feels that some of this tech could be used in human-driven trucks.  For example, automatically steering a truck out of a wrong lane, reducing speed if required, braking to avoid danger, and activating driver distraction alerts.