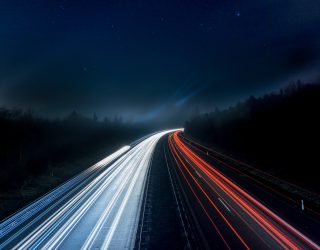 According to Martin Daum, chief executive of Daimler Trucks, it will be at least five years before driverless technology is commercially available.

And when Daum talks about driverless technology in trucks, he’s referring to platooning trucks (i.e. trucks that are driven in convoy and wirelessly connected to synchronise braking, with a human behind the wheel in the lead vehicle).

In Daum’s opinion, we’ll have to wait much longer for a truck without any driver at all.

Compared to Elon Musk’s predictions for the Tesla Semi truck, these timescales are fairly conservative. Musk has said “fully-enhanced self-driving” in passenger cars would be available within a matter of months. However, following the death of a Tesla driver while the car was in autopilot, those timings will almost certainly be delayed.

The message from Daimler comes at the same time as a report by Thatcham Research and the Association of British Insurers, warning that terms such as ‘autonomous’ are setting unrealistic expectations and giving drivers a false impression of a level of autonomy not yet available.

Daum points out that there is a big gap between testing technology and getting it to a standard required for commercial use. Companies need to be more realistic about what can be achieved.

Daimler says it doesn’t want to compete with its customers and is therefore focusing its efforts on automated technology to assist human truck drivers.

As Peter Vaughan Schmidt, Daimler Trucks’ head of strategy has stated: “Drivers will always be part of the equation.”

Daimler recently launched two new all-electric, semi-trucks, which will travel up to 230 and 250 miles on a single battery charge. It’s been noted that these ranges are significantly less than that of the much-hyped Tesla semi-truck, which is to have a 500-mile range.

Looking to the future, Daimler is prioritising next-generation semi-truck technologies, but it’s not yet clear whether this strategy will pay off.

PwC estimates that while legacy companies such as Daimler held around 70% of the global auto industry’s profits in 2015, that share could fall to less than 50% by 2030. New entrants to the market such as Tesla, Uber and Waymo could capture an increasingly substantial share of the industry’s revenue with their autonomous technology.

Daimler’s decision to focus on semi-truck technologies is clearly the only way it can keep pace with the ever-changing market. But what do you think? Should truck manufacturers even be considering eliminating drivers from trucks?