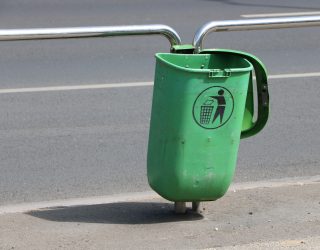 Drivers in Belgium have had to become particularly speed-conscious of late, with new speed camera technology keeping them on their toes.

These speed cameras were developed by Belgian company SecuRoad, and use infrared light to catch drivers breaking the speed limit.

Drivers need to be particularly vigilant: not only does the infrared light mean they do not notice being caught, but the device can be hidden almost anywhere.

The speed camera, called NK7, can be placed on a bin or an unmarked car and can be used without anyone operating it.

After initial tests, the device was deemed a success, not least for its ability to monitor six lanes of traffic at any one time – three in either direction.

A spokesperson for SecuRoad has gone as far as describing NK7 as “a nightmare for the speeder”.

However, this technology doesn’t come cheap at 50,000 Euros a piece. Belgian authorities have been using the devices since summer last year, hiding them on bins and on the pavement where they want to enforce a speed limit.

The UK and Germany have also trialled similar technology. I wonder how long until ‘bin-cam’ makes a debut in other countries too?