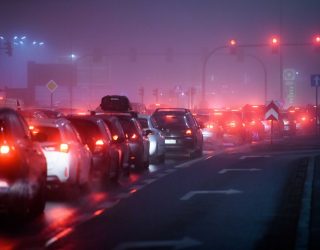 What is Clean Air Zone (CAZ)?

CAZ (Clean Air Zones) is a specific region in which prime measures are imposed to improve the air quality of that area.

CAZ can be confined within a particular road or a whole block of the city that affects all the commercial and non-commercial vehicles with a charge or fine for entering.

In a Charging Area, all the Commercial and non-commercial vehicle drivers are charged with a fee to enter the CAZ if their vehicle does not meet the Environment Standard Requirement.

The Environment Standard Requirement in the Birmingham Clean Air Zone Map is mostly based on the vehicle’s Euro Emissions Standards.

In a Non-Charging Area, the Air Quality will be improved without charging the vehicles (commercial & non-commercial) & focusing on rerouting the traffic by including the measures such as retrofitting certain vehicles with traffic flow management to reduce vehicle emissions as considering this one of the approaches to reduce air contamination & fuel emissions.

According to the Birmingham CAZ Air Quality Reports, In order to achieve the annual legal Limit Values for NO2 (nitrogen dioxide) of 40µg/m3 in the shortest amount of time possible, obligatory actions were needed to be taken in the form of the Birmingham City Council (BCC’s) Air Quality Improvement Plan sanctioned back in March 2018. Although the plan was scheduled to take action in 2020, the Cleaner Air journey got postponed till the zone went into effect on 1st June 2021.

It is still suggested for local businesses and authorities to take effective steps together to contribute to improving air quality at a national level as the contaminated air (if not taken any precautions) can cause severe diseases like Lung Cancer and Acute Respiratory Infections in Children. Therefore, Considering the consequences, Clean Air is extremely crucial when it comes under UK Public Health Concern. Thus, the government expects Birmingham, and several selected cities in the UK, to introduce Clean Air Zones.

As the Birmingham City Clean Air Zone Map comes under UK’s compliance with the EU’s Clean Air Directive, it seems necessary to reduce the levels of Nitrogen Oxide (NO2) in the atmosphere, following the pressure by environmental groups to the utmost PM2.5 average concentration of 9.1μg/m3 by the year 2026.

The Birmingham City Clean Air Zone Map has come live on 1st June 2021. It is said to operate 24 hours a day, every day over the year.

Although most of the vehicles are not subjected to the cost, it’s better to check your vehicle on the list while travelling.

The Clean Area Zone (CAZ) was thought to be only applied for commercial operators that are Busses, Taxies & HGVs initially. However, after following a legal challenge, the treaty has widened to include non-compliant private transports meaning the private motorcycles are affected too. 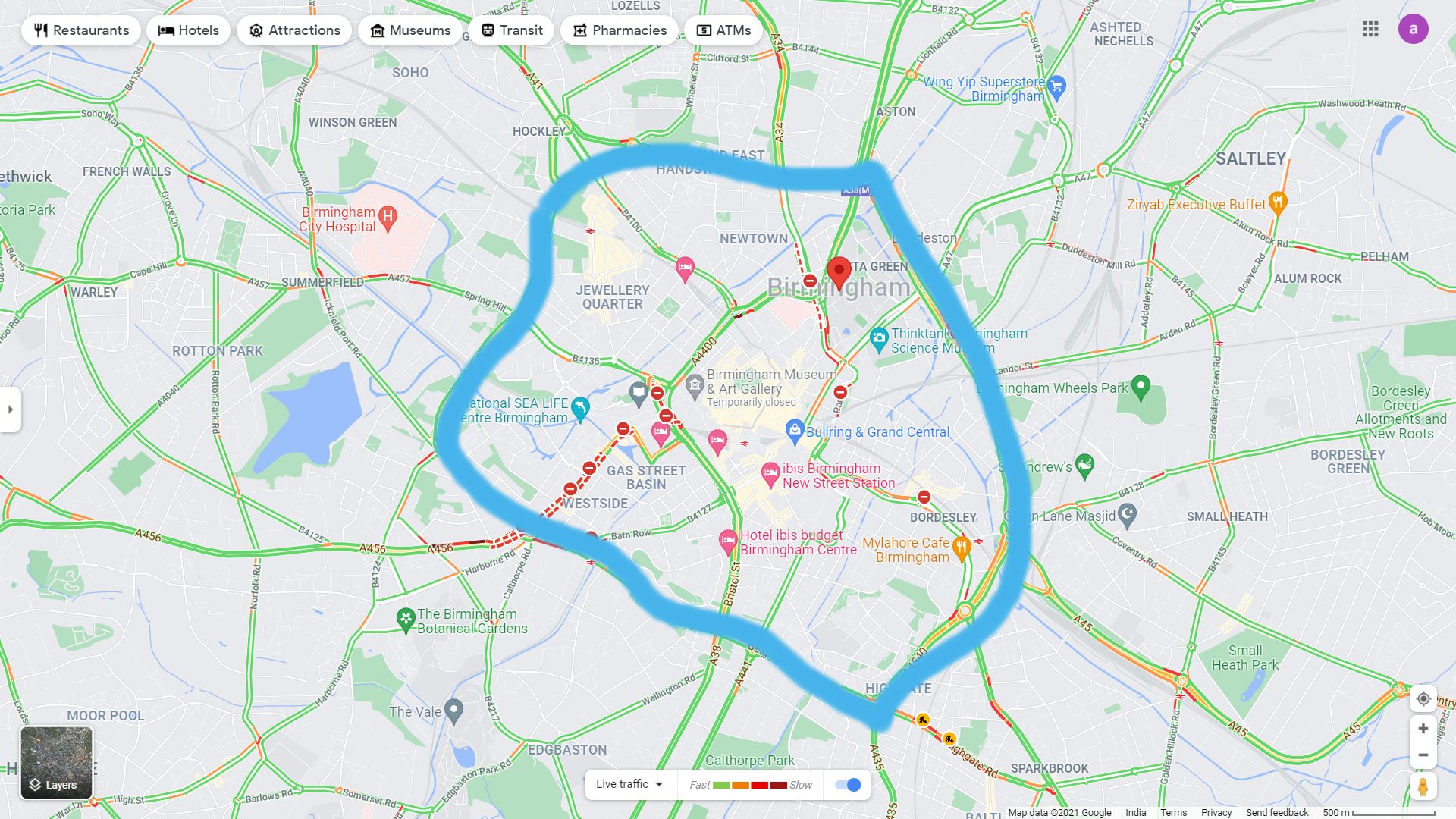 These Charges are applied on a daily basis affected from 14th June 2021. A Non-Compliant Vehicle driving in the Clean Air Zone within Birmingham’s A4540 Middleway (but not the Middleway itself) has to pay the fee which will be valid for the next 24 hours.

After checking the Environment Standards for the vehicle & the Legal Document Protocols, the charges will be as per below:

Moreover, Payment will be made via the Government’s online payment system or by calling National Contact Centre – 0300 039 8888. As you will receive an alert notification after entering the Clean Air Zone & the Payment is due, we recommend you to keep track of all the payments as the driver of the vehicle will be considered responsible.

Editorial Advice: The allocated payment window will be subjected to a penalty charge of £120, reduced to £60 if paid within 14 days only if you don’t pay during the given time.