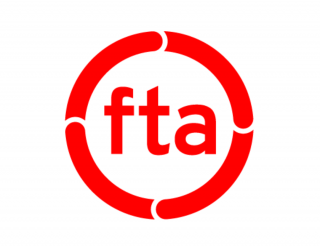 This was to be the year that Britain was supposed to have left the European Union (EU). However, as three deadlines have passed and 2019 draws to a close, the UK remains a part of the EU. With a general election due to take place on 12 December 2019 and a new Brexit deadline set for 31 January 2020, there is, in FTA’s opinion, much to reflect on about the prospects on trade between the UK and its closest trading partner. In this article John Lucy, FTA’s Manager of International Transport &amp; Trade Procedures, shares an update on the latest Brexit developments and reviews the lessons learnt this year, ahead of next month’s potential departure deadline.

It is important to note that the government’s decision to postpone the UK’s Brexit date until early next year does not rule out a no-deal outcome from the process; this is still possible on two separate occasions. Firstly, if the withdrawal agreement currently on the table is not ratified by parliament before 31 January 2020 and an extension on the UK’s departure date from the UK is not requested, granted or accepted. And secondly, if the UK and EU have not reached a more permanent trade deal by 31 December 2020 – the withdrawal agreement only covers an 11-month transition period – then a no-deal outcome is, once again, a possibility.

With so much confusion surrounding the nature of the UK‘s future trading relationship with the EU, in the view of FTA, it is important to reiterate that any arrangement the UK makes in connection to leaving the EU customs union, or the single market, will result in trade friction. Delays at borders will be highly likely and should be planned for in advance. Regardless of whichever new customs procedures are agreed for those moving goods and services across the UK’s border with Europe, there will be checks operating in all directions, including from the UK into the EU. All UK exports will require the relevant customs, safety and security declarations, as well as any necessary licences or specific cargo certificates. And as all customs authorities will need to know what is coming across their borders, pre-entered import or export information will be required for processing. For driver- accompanied logistics movements, this will involve drivers stopping at designated offices of departure to have their documents scanned or wet stamped. While technology may seem the obvious solution to improving the efficiency of the process, digitising these documents is still in the trial stage. The complete digitalisation of customs documents requires legal adoption by all involved trading nations and will therefore not be immediately available post Brexit.

To provide logistics businesses with as much information as possible, to counteract the growing confusion and frustration surrounding the uncertainties of Brexit, FTA has kept its 18,000 members up-to-date with all the latest developments throughout 2019. Over the last twelve months, the business organisation (that speaks on behalf of the sector) has held an extensive nationwide programme of seminars, workshops, webinars and daily briefings to ensure its members and other businesses are as prepared as possible. As a result of these sessions, businesses across the sector have gained more clarity and a better understanding of estimated costs that can be anticipated as a result of Brexit, including those associated with stockpiling, re-routing, special licenses, permits, customs declarations, delayed transit times and changes to tariffs on goods.

Moving forwards into 2020, FTA will be looking to government to address the many unanswered questions that remain if the UK’s highly interconnected supply chain is to be protected. Like the majority of the country, the logistics industry will be keeping a close watch on the general election results in anticipation of a Brexit breakthrough. The industry is ready and willing to adapt to a new trading relationship. However, it must first know what it is preparing for and have time to implement the necessary changes – and time is the one commodity which is in short supply if the 31 January deadline is to be adhered to.

Efficient logistics is vital to keep Britain trading, directly having an impact on more than seven million people employed in the making, selling and moving of goods. With Brexit, new technology and other disruptive forces driving change in the way goods move across borders and through the supply chain, logistics has never been more important to UK plc. A champion and challenger, FTA speaks to government with one voice on behalf of the whole sector, with members from the road, rail, sea and air industries, as well as the buyers of freight services such as retailers and manufacturers.