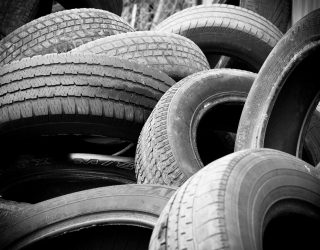 A runaway tyre that smashed into a truck on the UK’s M42 has prompted calls for better road safety.

The tyre hit a DAF Drawbar truck, part of Barry Proctor Services fleet, and caused more than £2,500 worth of damage. Fortunately, the truck driver was not injured.

As Barry Proctor, owner of Barry Proctor Services, said: “If that wheel had hit a car rather than one of my lorries, we would be talking about a fatality today.”

Proctor continued by pointing out HGV drivers are required to conduct a ten-minute walk around safety check before every journey and that vehicles are serviced every six weeks. He also raised concerns that as lockdown restrictions ease, more vehicles that may have been left standing for months will be returning to the roads.

As a result of the incident, Barry Proctor Services is backing calls from Highways England for all road users to carry out simple safety checks on vehicles before any journey.

According to data from the Driver and Vehicle Standards Agency, one in ten cars on the road could be classified as having ‘dangerous defects’.