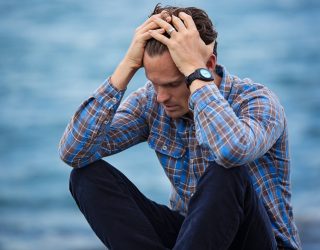 The newly-launched CALM Driver campaign aims to raise awareness of truck drivers’ mental health. A collaborative effort between Driving for Better Business (DfBB), Highways England and the Campaign Against Living Miserably (CALM), the campaign also wants to reduce the stigma surrounding the subject.

According to figures from the Office for National Statistics (ONS), the suicide rate for truck drivers is 20% higher than the national average.

Speaking about the new campaign, Mark Cartwright, head of commercial vehicle incident prevention at Highways England, said: “Drivers who get behind the wheel when they are exhausted, unwell or distracted by personal issues are less effective and more likely to be involved in an incident; the importance of mental health cannot be underestimated.”

The campaign is being supported by a few familiar faces. England rugby player Joe Marler has got involved with this video, offering words of encouragement to the UK’s truck and van drivers. Meanwhile, comedian and mental health advocate John Ryan is writing and producing a video, Man v Van, in which he reminds drivers to check their own mental health as regularly as they check their vehicles. Here’s a peek at what we can expect from him.

There are lots of ways trucking companies can look after the mental health of their drivers. One of those is by ordering information packs which can be placed in vehicles and used to make drivers aware of CALM’s free and confidential helpline and webchat available to anyone struggling with their mental health.

We can’t let mental health issues among truck drivers (or anyone else) go ignored. It’s time to have an honest conversation about driver mental health, tackle taboos and enable long-term cultural change.