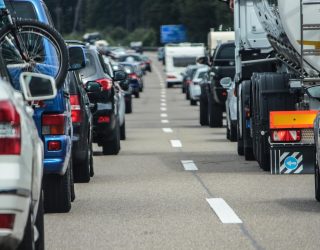 I really don’t have to tell you this, but Europe’s roads are becoming increasingly congested. Drivers can find themselves sitting in traffic for hours at a time during peak traffic periods.

Moscow tops the list of Europe’s most congested countries, followed by Turkey and the UK. According to data compiled by traffic information company Inrix, drivers in Russia are spending 42 hours a year stuck in traffic, while the situation in Turkey and the UK isn’t much better – 34 and 32 hours respectively. Germany and Slovakia were joint fourth on the list.

These numbers are averaged across all motorists, so will be a lot higher for lorry drivers!

The cost of these hold-ups (both direct and indirect) was nearly €35 billion last year – that’s an average cost of more than €1,000 per driver. It’s estimated that traffic jams in the Netherlands will cost the Dutch road transport sector €1 billion next year.

In terms of clogged up cities, Russia, London and Paris took the three top spots, with Zurich, Munich and Oslo also featuring in the top 12.

With more traffic on the roads than ever before, it’s time innovative solutions came to the fore. Road charges could be one solution, and an increase in flexible working policies could also play a part.

However, it does feel like technology holds the key.

The trucking industry may not hold tech in particularly high regard (no-one mention self-driving trucks!) but it does feel like the data analytics and artificial intelligence could help improve traffic management.

Until then, we’ll just have to be grateful we weren’t driving in Beijing one fateful day eight years’ ago, when a traffic jam lasted 11 days and had a 60 mile tailback.

You can find the full score card with hours of congestion per year per city here.