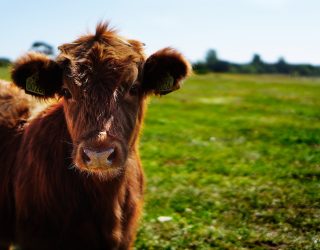 We’ve all seen some strange things on the road, but a herd of cows making a run for it? That might be a first for many of us.

Cattle being transported in the US decided to make a break for it after the gate of their cattle truck flew open. Despite more than a dozen cows tumbling out of the truck, the driver didn’t seem to notice and carried on driving.

The fugitive cows formed a herd in the middle of the road, seemingly oblivious to what was going on around them.

The driver was down the road before he realised what was happening. When the penny finally drops, he jumps out of the cab to round them up.

The incident was caught on camera by another motorist. Watch it here.