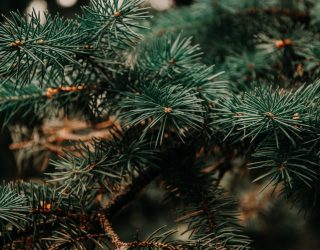 Eddie Stobart travelled more than 300,000 miles delivering Christmas trees last year (the same distance you would travel if you were off to the moon).

Using 800 vehicles to transport 716 loads, the trucking company worked with Christmas tree supplier Needlefresh to ensure trees were delivered to customers as fresh as when they were first cut. Clearly a massive operation, work started on the project in April 2018.

Meanwhile, Europe’s most expensive Christmas tree was created in Germany. Made out of 2,018 gold coins and topped with a golden star, the festive showstopper was said to be worth 2.3 million euros. That figure could have been considerably higher, but the price of gold tumbled in the second half of 2018.

The golden tree was assembled at the goldhouse, meaning no trucks were needed. That would have been one precious load!