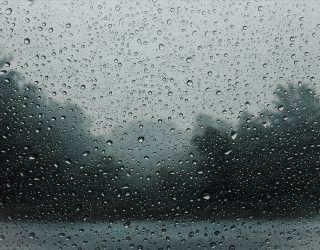 I’d rather not drive a car in a storm, let alone a 40 tonne truck. But when your livelihood depends on it, what are the options?

The storm that ripped through western Europe earlier this month left six people dead. It prompted the Dutch transport sector to start talks with the department of Waterways and Public works about a future driving ban in extreme weather.

The recent storm saw winds reach speeds of up to 120 kph and prompted the Dutch weather forecast institution KMNI to issue a ‘code red’ advising people not to go outside.

According to reports, 66 semi trucks were blown over by the force of the wind.

ANWB Traffic Central believe it was mainly Polish drivers who chose to get behind the wheel in such dangerous conditions and are now looking at ways to communicate the danger to different language speakers.

Transport en Logistiek Nederland (TLN) advised truck drivers not to drive on the day the code red warning was issued, but their influence only goes so far. I’d argue it’s up to the fleet companies to make the call.

Were you driving in the Netherlands or Germany during the storm? Share your experiences with us below.