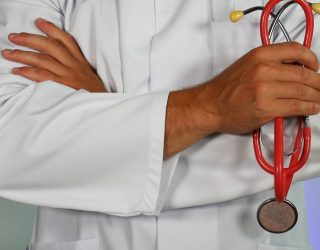 When you drive for a living, it’s important that you understand road safety. Not just for your own safety as a truck driver, but also for the safety of those around you.

Data shows that more than 5,000 HGVs were involved in road traffic accidents in Great Britain during 2017. Clearly, accidents are going to happen – and with accidents come injuries.

As a truck driver, it’s important you’re prepared should you be involved in an accident yourself.

When you pitch a truck against a car, it’s almost certainly going to be the car that comes off worse. With that in mind, it’s likely that the car driver and any passengers will be more severely injured than the driver of the truck.

That’s partly because of the difference in size and weight of the two vehicles, but also because truck drivers have had advanced driver training (something that most car drivers have not had). Truck drivers are also super alert to the road around them, trained to deal with adverse weather conditions, and know what to do when faced with unsafe road conditions.

With all that in mind, the most common physical injuries experienced by truck drivers include:

However, as well as physical injuries, there’s also a risk that truck drivers’ mental health will be affected following an accident. This could manifest as depression, anxiety (about getting behind the wheel again), and PTSD (panic attacks and flashbacks).

It’s important that those working in the trucking industry are mindful of the hidden injuries drivers can sustain during a road accident.

If you’re concerned about your own or a colleague’s mental health, always seek professional help.