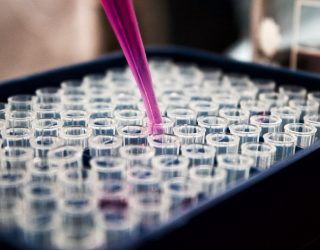 New coronavirus rules applying to hauliers from outside the UK has come into effect on 6 April.

Transport secretary Grant Shapps has announced that lorry drivers arriving in England from outside the UK and Ireland will have to take a Covid-19 test within 48 hours of entering the country.

Shapps also confirmed that lorry drivers staying in the UK for longer than two days will be required to take a further test every three days.

Writing on Twitter, Shapps said: “This is to ensure we keep track of any future coronavirus variants of concern.”

In another tweet, he said that the tougher new measures were “an update” after France eased its border restrictions for lorry drivers. With many parts of Europe experiencing a surge in cases, the aim is to avoid a third wave of the coronavirus in the UK.

Lorry drivers coming into the UK had previously been exempt from testing.

Tests for lorry drivers arriving in the UK will be available free of charge at more than 40 government haulier advice sites. Drivers will also be required to complete passenger locator forms to enable them to be contacted during their time in the UK. Failure to comply with these new measures could result in fines of up to £2,000.

Tests will also be available through workplace testing schemes, community sites, online, or by calling 119.

The industry believes there are enough rapid testing kits available to cope with demand meaning we should be able to avoid the kind of chaos seen at Kent in December.