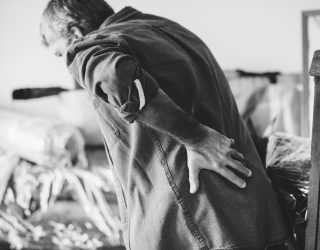 Pulling tarps, cranking gears, and shifting freight. Plenty of people would baulk at the idea, but for truckers it’s just one part of the job.

But as many truckers will confirm, all this pulling and cranking can take its toll on the shoulders and back. Truckers are highly susceptible to shoulder injuries, but a new report suggests ways truckers can reduce the risk of getting injured when raising and lowering trailers.

Researchers from the North Carolina State University observed truck drivers during cranking operations and measured the range of motion in 16 muscles that affect shoulder movement. Their findings revealed that when raising a trailer, it is safer for a trucker to stand parallel to it while cranking because it uses more full-body strength and reduces the stress placed on the shoulder.

However, when lowering a trailer, drivers should face the trailer and crank the handle from the front as this movement involves less resistance. Data from 2016 shows more than 70,000 work-related shoulder injuries were reported in that year alone.

So next time you’re cranking, think about which way you’re facing!