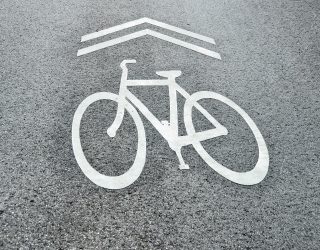 The drivers vs cyclists battle shows no sign of abating, but technology such as dashcams and helmet cameras is revealing the extent and the truth of the problem at hand.

There’s two sides to every story. Some drivers deliberately try to enrage cyclists, telling them they should pay road tax (definitely don’t use that one, it doesn’t exist). Similarly, there are cyclists who consistently flout the rules – jumping traffic lights, weaving in and out of traffic, ignoring zebra crossings, and yelling abuse at drivers.

We’ve all seen it – cyclists trying to overtake trucks (which for the most part can’t see cyclists) and truck drivers stopping in cycling boxes at traffic lights and junctions.

Clearly, both sides are at fault, but it doesn’t seem fair when some vehicles are paying an HGV levy that other road users feel it’s OK to deliberately make truck drivers’ lives difficult. And if you’re behind the wheel of something like a vehicle transporter, there’s already a lot to think about, without the added stress of an angry cyclist to deal with.

But despite what many online forums say, the offenders are a small minority. In my experience, most drivers and cyclists get along just fine.

Here’s an example of a video that has split public opinion:

It’s time to turn the fear, aggression and mistrust we see on the roads into respect, empathy and responsibility. Because when we see drivers tweeting about hitting and knocking over cyclists, it’s clear things have gone too far.

Lycra or no Lycra, it doesn’t have to be like this…

What can both drivers and cyclists do to come to a truce on the road? Let us know in the comments.