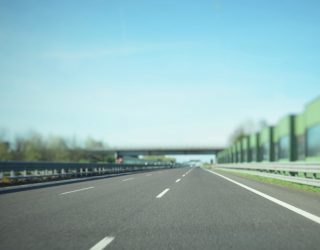 If you were asked to list Europe’s best roads, the D1 motorway in the Czech Republic would certainly not make the grade.

The main roadway running between Prague and Brno doesn’t have the best of reputations. It might be the country’s busiest highway, but it seems to be in a continuous state of disrepair and the heavy congestion seems never ending.

During one snowstorm in December, drivers reported delays of up to seven hours – leading to estimates that the economic impact costing hundreds of millions of crowns.

The problem (according to Ťok) is that truck drivers stop on the side of the highway when they reach their allocated driving limit. What they should do, he says, is leave the motorway.

The situation on the D1 is especially tricky as narrow lanes mean there is little space for maintenance vehicles to get by.

Dictating which lanes trucks can and cannot drive in doesn’t sound like the best solution. I’m no expert, but perhaps Ťok should make investing in road infrastructure his main priority. Just a thought…