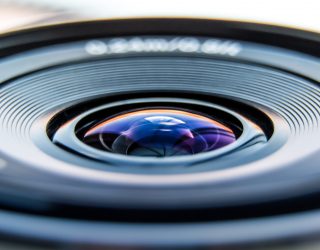 The so-called ‘crash for cash’ phenomenon is an enduring problem. According to figures from the Insurance Fraud Bureau, the insurance industry pays out £392 million each year against such cases.

Gangs often target large, branded vehicles (such as trucks) because they know they’ll be insured and that the owner is unlikely to be driving at the time. As a result, fleet services (and their drivers) are under attack.

But the trucking industry is hitting back with advanced vehicle camera solutions in vehicles. Better known as dashcams, the technology is nothing new, but it’s come a long way in terms of image processing, low light and night-time usability, image capture, and storage capacity.

No longer relying on telematics or accelerometers to capture telling video, today’s cameras bring data analytics and advanced scene recognition into the mix. There’s also the option of using more than one camera so nothing is missed.

The trucking industry is using this in-cab technology to protect the driver in the event of a crash. Video footage can determine whether a claim is genuine or phony, meaning the company can avoid unnecessary payouts and keep its reputation intact. It also helps counter public perception, which I’m sure you’ll know is often skewed against the truck driver and the trucking industry as a whole.

When trucks are involved in road accidents, the temptation is to blame the larger vehicle. However, fleet services are keen to point out that tailgating and sudden braking by car drivers is more often to blame.

A while ago, I read about an unmarked truck catching more than 4,000 dangerous drivers in the UK. I hope your dashcam sees much less action, but is there if you need it.

Have you got bad or good experiences with cab cameras since working in trucking? Share them with us in the comments!

Find out more about how dashcams are changing the trucking industry.