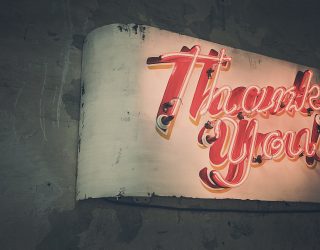 Every year, one week in September officially becomes Truck Driver Appreciation Week. This was from 9 to 15 September this year. Admittedly, this initiative is primarily geared towards our American counterparts, but it’s nice to think that some of that awareness-raising might spread across into Europe too.

Plus, if one week means truck drivers are taken for granted a little less, then who can argue?

The idea is simple: to encourage more people to show their appreciation of the work truckers do in keeping goods (and the economy) moving.

This could mean drivers make a conscious effort to stay out of a trucker’s blind spot, avoid suddenly changing lanes in front of a truck, take care when passing a truck, avoid tailgating, and give trucks plenty of space to brake.

But it’s not just other road users that are encouraged to show their appreciation. Some companies, including DHL Supply Chain, have also got involved.

This year, throughout the week, the company hand delivered around 2,000 gifts (branded raincoats and rucksacks) and letters (from the VP thanking them for their hard work) to its drivers. Other giveaways included restaurant gift cards, tools and items to make life on the road that bit easier.