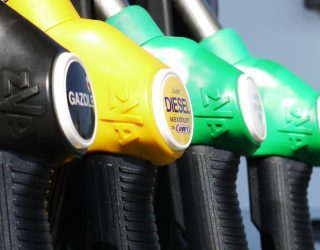 Europe has seen significant hikes in fuel prices for some time, with prices now at their highest for three years.

This equates to an increase of around 20% at the pump.

These prices rises have been seen across Europe. In France and the UK prices have risen by 22%, while prices in Germany and Italy have increased 18% and 15% respectively.

Diesel prices have been hit even harder. In France you can pay a massive 42% more per litre today compared to January 2016. Germany and Italy have both seen increases of 27%, and in Britain prices have gone up by 26%.

As a result, the price advantage that diesel had over petrol for so many years is fast disappearing – and along with it, its economic raison d’être.

So who’s paying the price? Two groups: shippers and consumers. Shippers’ need their goods to be moved (giving trucking companies the upper hand), and consumers also have their hands tied, paying more for petrol and diesel.

On the road, companies are doing what they can to boost fuel efficiency: covered wheels, low-rolling resistance tyres, aerodynamic trailers and fuel-efficient engines. But these measures can only go so far.

It’s almost impossible to predict how much more oil prices will rise. But chances are they’ll go up before they come down again.