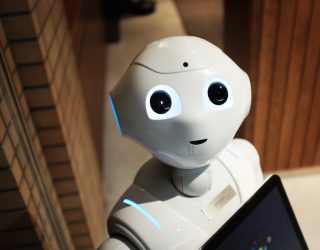 At the same time as pushing the sale of robot trucks, manufacturers are adamant that drivers still have a future in the industry.

On the other hand, the industry is keen to tell us that drivers have a key role to play in the industry for the foreseeable future.

But how can both be true?

If drivers are here for the foreseeable future, why bother investing in technology that will allow trucks to drive themselves?

We can only imagine that there is a certain amount of creativity in what major truck brands are telling us. If they were being completely truthful, there could be certain consequences.

After all, in an industry that is struggling to find, attract and recruit new, younger drivers, shouting about drivers being replaced by autonomous vehicles isn’t the best recruitment technique out there.

I guess it’s a fine balance.

Economics demands that manufacturers keep moving towards a world of fully-self-driving trucks. Robots don’t have families to spend time with, they don’t celebrate Christmas, Eid or Passover, and they don’t have to take breaks to eat or sleep.

Anyone that takes a moment to consider the advancements in truck technology will see the route the industry is headed. Automated systems such as emergency braking, lane centring, blind-spot alerts, predictive cruise control and advanced telematics are all the building blocks of robotic trucks.

Many manufacturers are working towards level 4 autonomous trucks, where robotic systems do most of the driving, but drivers are still able to take control of a vehicle.

But if truck makers can get to level 4 automation, why would they stop there? At that point, the truck would already be able to do everything. Why have the additional expense of a human driver?

Plus, research has indicated that the interaction between driver and robot is not always smooth. Autonomous vehicle developer Waymo revealed that humans may over-trust the technology or fail to monitor the road closely enough to take control when needed.

Truth is, someone (or something) has to be in full control: human or robot. Unfortunately, economics will always pick the robot.