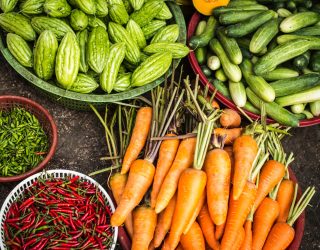 A lack of truck drivers in the UK will lead to a food crisis as the food supply chain struggles to make deliveries, experts fear.

The UK’s biggest supermarket chain, Tesco, has confessed that it is facing a shortage of lorry drivers which is creating widespread delivery issues.

Tesco has made their announcement as the Road Haulage Association looks for government help in a bid to meet an anticipated shortage of drivers across the country of up to 100,000 jobs.

The RHA says that Brexit rules prevent the industry from recruiting EU-based drivers and the Covid-19 crisis is also hitting demand.

And last week, a meeting between the RHA and the government failed to produce a breakthrough over driver training and apprenticeships – the discussions also included a move to improve facilities and parking for drivers and for the industry to treat drivers with the respect they deserve.

“We and others have provided evidence that the driver shortage is getting worse, and the situation must be addressed.”

In response, a Department for Transport spokesman said that the government is looking at various ways to support the haulage industry.

He added: “The solutions are likely to be commercial and with progress being made in key areas such as recruitment, there’s a big focus towards improving working conditions, pay and diversity.”

However, the Road Haulage Association says there is ‘growing peril’ to the supply chains in the UK because of the driver shortage.

The chief executive of the Cold Chain Federation, Shane Brennan, said: “The crisis for food supplies starts now and this time feels different.”

He added that everywhere in the supply chain is having problems and supermarkets are not replenishing food supplies quickly enough – though he says this is down to a logistics issue and a problem with production.

The UK is seeing a worker shortage that is made worse by European employees returning to their home countries because of the pandemic and Brexit.

Also, the furlough scheme has been slowing down and unskilled overseas workers need new visas.

As revealed in Fleetspeak, the Road Haulage Association has revealed its plans to combat the driver recruitment crisis.

They say the sector needs 65,000 trained drivers or the speed and cost of deliveries in the country will be adversely affected.

The RHA has also published 12 key action points they want to see the government enact and for help in building a sustainable way to ‘train a workforce recruited in the UK’.

One of the issues is that the hot summer weather plus the lockdown restrictions easing, will see a fast-growing demand for food and drink for restaurants, supermarkets and pubs.