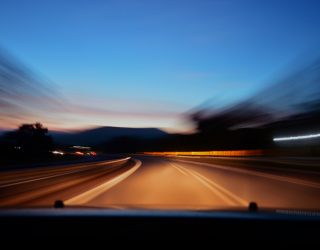 It won’t be long before we see ‘driverless’ HGVs traveling in conveys of three, known as ‘platoons’. The speed of all three will be controlled by the lead vehicle, which will (I am pleased to say) be controlled by a human driver.

The basic anatomy of a truck hasn’t changed much over the years. There’s an engine, cab, trailer, and wheels. Lose one and it’s no longer a truck. Or that’s what we thought.

Self-driving lorries (i.e. those without a cab) have already appeared in a number of countries around the world including the US, Germany and Japan. This year, they are heading for the UK’s roads as well.

Instructions for acceleration and braking will be conveyed wirelessly by the first lorry, meaning the second and third can drive much closer together than they would if humans were behind the wheel. The idea behind this is that the first lorry pushes air out of the way making the other vehicles more energy efficient and reducing fuel consumption.

According to the Transport Research Laboratory (TRL), fuel economy could improve by 4%-10%.

Reducing emissions is essential, but so too is road safety. The AA have warned that platooning trucks could obscure road signs and block access to slip roads on the UK’s already very busy roads.

I guess it was only a matter of time. Silicon Valley has disrupted other industries, so why not trucking? It’s a £500 billion industry and tech firms want a piece of the action.

And let’s not forget the UK’s 600,000 truckers. What will driverless trucks mean for them?
Or the public for that matter. Not everyone will be ready to see three 40-tonne, 18-wheelers flying down the road with just one driver between them.

I would personally prefer to have a highly-trained human who can make REAL judgement calls rather than a computer who only sees binary.

The number of times my computer freezes… The thought of that happening for a 40-tonne truck driving down a busy road is terrifying.

What’s your view on driverless trucks? Let us know in the comments.