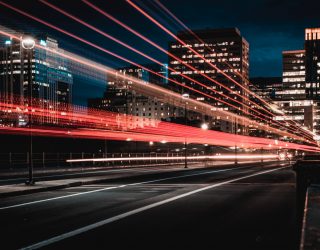 The majority of drivers are most likely to break the speed limit in the early hours of the morning.

According to new research, 63% of drivers in the UK are caught speeding at 4am, with Sunday being the preferred day for speeding.

Data from the UK’s Department for Transport obtained by comparison site MoneySuperMarket reveals that 53% of drivers speed on a Sunday and 52% on a Saturday.

However, drivers are most likely to follow the rules of the road on a Wednesday, when less than half (47%) exceed the speed limit.

Speaking about the data, Rachel Wait, consumer affairs spokesperson at MoneySuperMarket, said: “Our findings suggest that drivers are looking to take advantage of emptier roads on weekends and in the early hours, but it is important to remember that there are still major safety rules to abide by, no matter what time it is.”

So, next time you find yourself driving a job in the early hours, keep an eye out for rogue speeders.