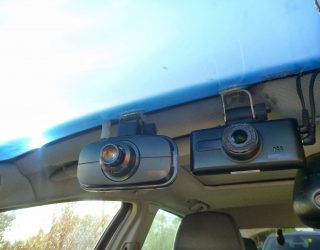 For years, other people’s bad driving was something we’ve had to grin and bear. But then dashcams appeared on the scene.

According to research by consumer car mag WhatCar? vigilante motorists are sending more than 35 dashcam videos to the police every day. The data revealed that more than 52,000 pieces of footage had been submitted in the UK since 2017.

The figures, which were gathered via a freedom of information request sent to every UK police force, show that a third of those videos resulted in action being taken by the police. 35 out of the UK’s 42 police forces have been able to hand out fines to drivers based on dashcam evidence.

Just over 10% of the incidents were serious enough to warrant court prosecutions. Meanwhile, 9.6% resulted in a Fixed Penalty Notice, 10.5% ended up with the driver being asked to attend a driver awareness course, and 3% of drivers were issued with a warning.

The trucking industry was an early adopter of dashcam technology, and they have grown in popularity among road users since 2017 – an increase of 850% over four years. 2017 was the year when insurance companies started accepting video footage as evidence for claims and the first time a driver was convicted in court based on dashcam footage.

The research found that one police force has taken action over 81% of the dashcam videos it has received. The Dyfed-Powys police force in South Wales has issued 40% of offenders with a warning, has prosecuted 19% in court, and asked 18% to attend a driver awareness course.

Perhaps unsurprisingly, London’s Metropolitan Police received the most dashcam videos – 25,000 over four years, and it acted on 45% of cases.

The National Dash Cam Safety Portal allows drivers to quickly and securely upload footage of dangerous driving to the relevant police authority and is being used by 33 police forces.

When you drive a lorry for a living, you see dangerous drivers all the time. Are dashcams making our roads any safer?