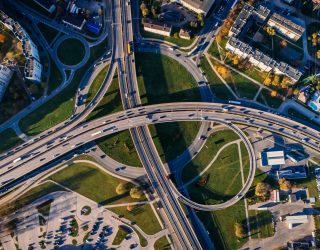 Driving in Europe is a dream compared to British roads, a new survey suggests. Is that a fair assessment?

More than 40% of the motorists quizzed by RAC Europe said they preferred driving on the Continent, compared to just 10% who said they like it better on home soil.

Drivers said they find European roads less stressful (43% of respondents) to drive on, in better condition (69%) – including minor roads (54%) – and with fewer queues (63%).
Motorists also suggested – and truckers are better placed than anyone to vouch for this – that motorway service stations are better on the Continent.

Even the drivers themselves are more law abiding in Europe, according to 16% of the British respondents.

“Our research reveals just how keen many of us are about getting behind the wheel on continental roads which drivers tell us are quieter and better maintained with friendlier and better-behaved drivers,” said RAC Europe spokesperson Rod Dennis.

“With high levels of frustration over the quality of road surfaces, the sheer volume of traffic and poor driving standards, it is little wonder that Brits appear to be enjoying their motoring experience abroad.”

British road users, then, seem to be getting a rough deal. Let’s see if this research brings about any improvement. We’re not holding our breath…