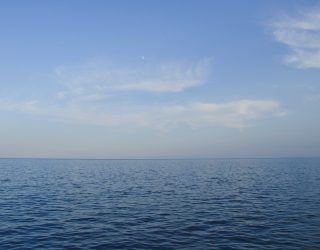 What is it with world leaders and trucks? If it’s not President Trump pretending to drive a truck on the White House lawn, it’s President Putin leading a convoy of trucks over a new bridge linking Russia to the Crimean peninsula.

Putin jumped behind the wheel of an orange KAMAZ truck and drove the 12 miles (19 km) across the bridge from the Kerch Strait when it opened last month.

Dubbed the ‘project of the century’, the idea was first mooted as part of a railway construction project between England and India through the Crimean peninsula in the 1870s.

The opening of the bridge triggered a new wave of sanctions from the EU and US. There has also been condemnation from some EU countries of a bridge built on land unlawfully seized from Ukraine.

Trucks can make the crossing in 20 minutes – a far quicker option than travelling by ferry. It is hoped the bridge will lead to a 2-3% growth in Crimean GDP over the coming year, a 15% reduction in the cost of goods, and a boost in tourism.

It’s clearly good news for the peninsula and its people – and Putin got to drive a truck, so he’s happy too.