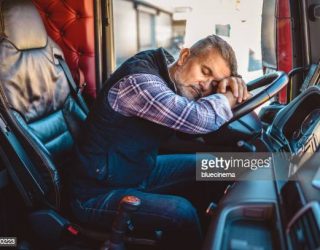 Read this summarized article to understand the extended rules and regulations for drivers hours working in transit.

The drivers hours are extended to:

Drivers must abide under EU rules, and all the drives must be recorded on a tachograph. You can consult the UK’s official drivers hours rules and time derived regulations for a brief document.

Since the Uk government has decided to extend the number of times the HGV vehicle driver’s legal drive time, many questions and criticism have been raised in the industry.

According to the Road Haulage Association, the significant driver shortage occurred in 2020 under dire circumstances of the Covid-19 pandemic and several other factors like Brexit’s combination.

Speaking numbers, it’s estimated that of around a hundred thousand HGV drivers, approximately thirty thousand have failed to transit in business.

This situation has and will be contributing significantly to the supply chain if not controlled on time, as all the industry goods producers are unable to transit their goods or materials internationally or even domestically.

Some industry leaders have already predicted the ongoing situation might result in empty fleets without any business and have called help from all the companies to alleviate the business. Tesco claims this driver shortage dogma is fanning the fire by contributing to almost 50 tonnes of food waste every week.

Adrian Jones (Union’s national road transit officer) said the extension would not resolve the driver shortage issue. If the drivers feel it’s too dangerous to drive themselves in the extended period or feel too tired and non-rested, they have their legal right to conflict against the rules.”

Concluding with: “Such drivers will have full support by us, legally and financially.”

Without a doubt, the extension of drivers hours spent behind such huge vehicles on public roads can bring dire consequences such as accidents or serious injuries.

It gets even more challenging when the driver is unfamiliar with the health and safety legislation of the UK fleets.

According to the ongoing regulations, the HGV drivers can drive at least nine hours per day, including 45 minutes of break after every 4.5 hours of tachograph recorded driven time. The driving limit can be extended up to 10 hours twice per week. (maximum weekly driving limit record: 56 hours)

But with the new permitted incline, the daily driving limit per hour shall go up to ten hours, increased twice per week to a maximum of eleven hours.