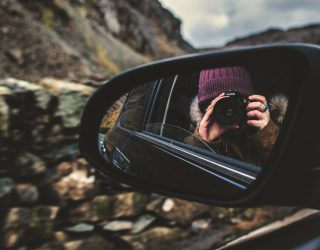 Rubbernecking has always been a thing. Blame it on human nature, but lots of people can’t help but have a good old nosey as they pass traffic accidents. Not only does this slow the traffic down to a crawl (in both directions), but it also creates added safety risks as drivers’ eyes look sideways instead of straight ahead.

But the digital age has meant that rubbernecking has moved up a notch.

Extreme rubbernecking is a trend in which drivers take photos or videos of crashes to post online.  Surely, if you have witnessed a crash the first (and only) thing to do with a phone is call 999?

So why are so many people compelled to behave in this way?

Perhaps they see themselves as ‘citizen journalists’ publishing content that is in the public interest. Of course, you and I both know that is not the real reason.

The truth is, taking photos and videos of crash scenes is a consequence of today’s attention economy. The decision to do so is more likely to be driven by a desire to attract more likes, comments and reshares on their social media feeds.

Using a phone while driving is a finable offense, but police need to be dealing with the incident, not issuing fines. Extreme rubbernecking while driving is dangerous, and apart from anything else, it’s also utterly disrespectful. It’s time it stopped.