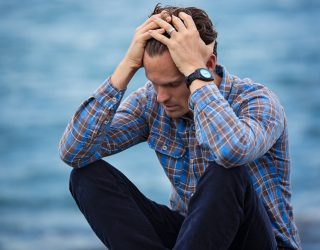 Here’s a sobering fact for you: trucking is the eighth highest occupation most likely to commit suicide.

To say this doesn’t make for easy reading is an understatement, but it’s a conversation we need to have.

Many truckers will know someone who has suffered from depression – many will have experienced its effects for themselves. However, few truckers are willing to talk about it and share their experiences. For many, depression is considered unmanly, something that can be defeated if you put your mind to it.

That couldn’t be further from the truth.

But while many truckers are reluctant to seek help, perhaps they would be more inclined to visit a Facebook page that deals with the issue.

Truckers For Truckers (Fight Against Depression And Suicide) has been created by veteran truck driver Michael Suson. A closed Facebook group, it is designed to give truckers and their families a platform through which to communicate with others affected by depression.

The group has nearly 3,200 members – all of whom are current or former truck drivers, or are spouses or relatives of truckers. Posts are often from individuals keen to reach out to others and share their experiences. It is a safe environment and a place where advice and support can be offered and received..

A lot has been done to break down the stigma surrounding mental health – but there is still a long way to go.